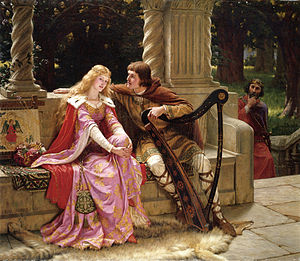 Courtly Love, that troubadour concept, plays a role in Murdoch’s Tale, and will play a bigger role in Volume 2, Alana’s Tale and Volume 3. But where did the idea come from? There are theories, of course: a game invented by bored nobles, a response to marriage being a chess game in which the goal was the preservation and advancement of a family’s status regardless of the couple’s feelings toward each other, an excuse for young men to get some outside the bounds of matrimony, a way for high-born women–often left in charge of their estates while their husbands carried out their military duties–to assert dominance, or a finger in the eye of the Catholic Church developed by heretics, depending upon which source you read. There’s even debate over whether it actually existed, based upon their being only one medieval document using the term “courtly love,” although there were other terms used, i.e. “fin’amour” (fine love) in Provence, “hohe Minne” (high love) in German.

But the record of courtly love began in the East, with Arabic literature of the 9th and 10th centuries, and even earlier with Ovid’s Ars amatoria. I suspect that it is no accident that the documentation of “courtly love” began in 1099, the year of the First Crusade, and that it started in the South of France and Sicily, which shared borders with Muslim Spain. (There is a long tradition of noble courts, whether on friendly or adversarial terms, sending representatives to visit each other.)

Personally, I think the roots go back further in time and further East in origin, to Tantra. 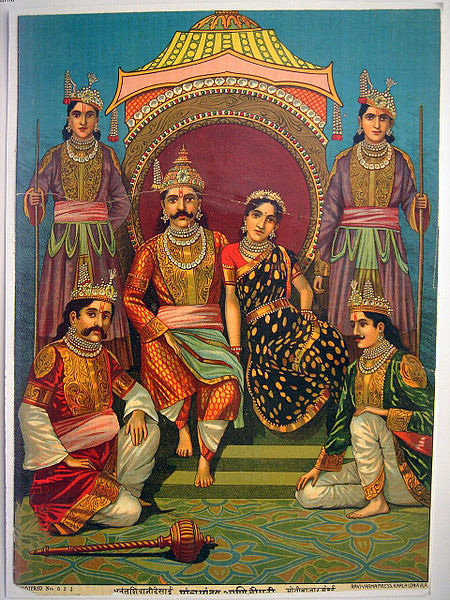 While Tantra itself is a highly ritualized religious system that encompasses all life, the part of tantra that most of us have heard of is Tantric Sex. In actual practice, it involves a man’s subservient relationship with a trained female practitioner, leading, after years, to a ritualized sexual encounter in which he suppresses orgasm. This idea gradually percolated westward, particularly among wealthy and powerful men. The Mughal Dynasty was notoriously fond of it. I suspect that the Crusades brought thousands of unmarried young men of noble birth from a literal and metaphoric “Man on top,” “sex is a disgusting thing, except we need babies” culture crashing headlong into contact with a tradition which postulated the achievement of supreme bliss by doing just the opposite. Needless to say, there were no trained female practitioners in Europe, and it appears to me that Courtly Love was an attempt to translate Tantric principles into a model that fit the constraints of European thought and available resources.

It became a fad. Young noblemen would declare their endless, steadfast love for some princess they had never met, hundreds of miles away. Or, more conveniently, to the wife of their overlord, in hope of advancement. Whatever the roots may be, and whatever silliness might have been committed in the real world in its name, Courtly Love was the impetus for some of the finest stories ever told.