This is not an “out take,” strictly speaking, as it doesn’t appear in the book. It’s one of Corwin’s other Mouse King tales.

The Mouse King and Sir Pettyfoote went out to quest one fine summer’s day. They followed a stream and found a river. They followed the river and found a lake. And as they walked along the lake shore, discussing what heroic deeds they planned to do on their quest, they found a boat.

Really, the boat found them. It sailed along the shore—well, sail is not the proper word, since it had none. It swept along in the current, and bumped up against the shore just in front of the Mouse King and Sir Pettyfoote.

“Someone’s lost his boat,” said the Mouse King. “I wonder who?” He shaded his eyes and looked around.

“Careless of them,” said Sir Pettyfoote. “I would never let such a thing happen. Boats are expensive.”

The Mouse King looked inside the boat and saw a rope. “Well, I’ll just tie it to this tree.  Surely someone will come looking for it. So he tied off the boat and he and Sir Pettyfoote continued along the shore.

“Perhaps a dragon,” said Sir Pettyfoote. “That would be a worthwhile quest.”

“Indeed,” said the Mouse King. He kept looking out over the water to see if whoever had been in the boat were thrashing about drowning.

“Or a griffin,” said Sir Pettyfoote. “We could stuff it and mount it. I could sit on its back and pose for a portrait.”

“That would be quite impressive,” said the Mouse King, but he wasn’t really listening. His ear was tuned to the distance, listening for a cry for help. He walked closer to the shore, to hear better. Then something bumped into him from behind.

It was the boat. “It’s come loose,” he said. “I’ll tie it off to this rock.” But the boat pulled away and the rope slipped though his hands. It floated a little further down the shore and bumped up against it again. The Mouse King took hold of the gunwale. “I’ll hold it, Sir Pettyfoote, while you tie it off.” But when Sir Pettyfoote finished, the knot came loose. “You’ll have to do a better job than that, Pettyfoote,” grumbled the Mouse King. “Here, let me try.” But his hand would not come loose from the side of the boat. “Oh, dear,” he said. “perhaps this is our quest.”

“It smells of faery magic,” said Sir Pettyfoote, stepping away from the boat.

The Mouse King sniffed the air. “That’s pond scum,” he said. “Get in.”

The boat began to move, but instead of bumping along the side of the lake, it shot off, as straight as an arrow toward an island in the middle

“Sit down, Pettyfoote or you’ll fall in.”

Pettyfoote sat, and the boat bounded over the waves.

The Mouse King, in the bow, loved the motion of the boat. “This is wonderful, Sir Pettyfoote. It’s like flying!”

“Well, lean over the side, but not too far.”

“I can’t take this any more!” shouted Sir Pettyfoote, and he drew his sword and tried to use it as an oar. It slipped from his fingers. “Oh no!” he wailed. “This is horrible!”

Soon they came to the island and the boat slid up and beached itself upon the sandy shore. All they could see was the water behind them and a forest of tall ferns in front of them. The Mouse King’s hand came unstuck and he jumped off the boat. “Come along, Sir Pettyfoote. Adventure beckons.”

“Don’t you think someone should stay with the boat?” Pettyfoote asked. “You know, in case it tries to take off again.”

“I thought you couldn’t wait to get off the boat,” snapped the Mouse King.

“What if we don’t? Get off the boat, Pettyfoote.”

Sir Pettyfoot sighed and followed the Mouse King into the forest of ferns. Soon they came to a great stone in the middle of a clearing, a very unusual stone.

“Look, Sire! There’s a sword stuck in this stone. What great good luck! I’ve found a new sword! This is a wonderful quest.”

The Mouse King looked at the sword. The jewels on the hilt sparkled in the sunlight. The blade, straight and true, must be very sharp to have pierced the stone. “Not so fast, Pettyfoote. The boat stuck to me, not you, and if it weren’t for me, you’d be back there on the shore. Besides, there’s a long tradition of swords-in-stones belonging to kings.”

“Gentlemen,” came a quiet voice. They looked up to see a butterfly perched on the handle of the sword. “Such a fuss. Why don’t you try to pull it out? Swords like this don’t just go off with anyone, if I remember my stories aright.” The butterfly fluttered off.

Sir Pettyfoote frowned, but the King’s logic could not be argued with.

The Mouse King laid his hand on the sword and pulled. Nothing happened. He pulled and tugged. He stood on top of the stone and braced himself and pulled again. The sword didn’t budge an inch. At last, breathing hard, he puffed, “Well, Pettyfoote, I guess it’s yours after all.”

Sir Pettyfoote smiled and stepped up to the sword. He reached out his hand and pulled. Nothing happened. He tried with both hands. He wiggled it and waggled it, but it wouldn’t budge.

Sweating and puffing, they sat.

“Some quest this has turned out to be,” grumbled the Mouse King.

“Well, I wanted to stay on the shore,” said Sir Pettyfoote.

“My hand stuck to the boat! What else was I supposed to do?”

“You could have just left it alone in the first place.”

“Ahem,” came the quiet voice. The butterfly had returned and watched them from her perch on the sword. Then she spread her wings and flew away, taking the sword with her.

“What?” shouted the Mouse King. “How could…” He and Pettyfoote ran past the stone and after the butterfly, but she soon disappeared into the forest of ferns. They turned to go back.

“I hope the boat’s still there,” said Sir Pettyfoote. They reached the stone, and there, inscribed upon it, read the words:

The Sword of Joy. 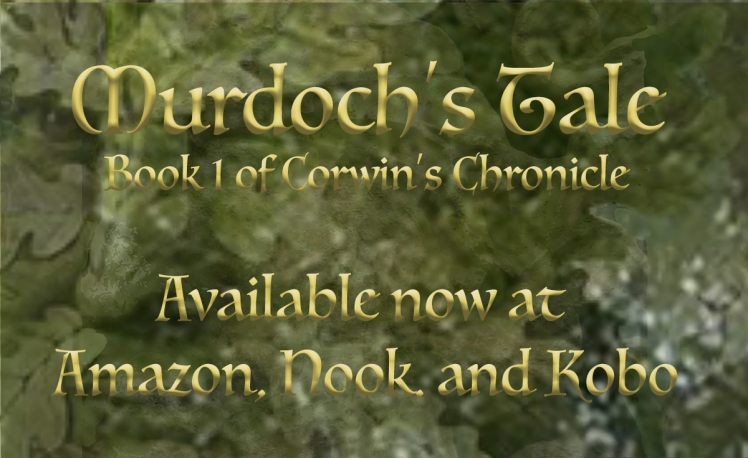